skip to main | skip to sidebar
WE HAVE MOVED TO WWW.GLVBX.COM

Artist organization, GLOVEBOX is hosting its first ever film festival June 11th at the Somerville Theatre. This juried festival will showcase short films and animations from emerging artists. The Festival is also hosting a mini poetry slam in between films.

Sponsored by The Dig Boston the Somerville Theatre Microcinema 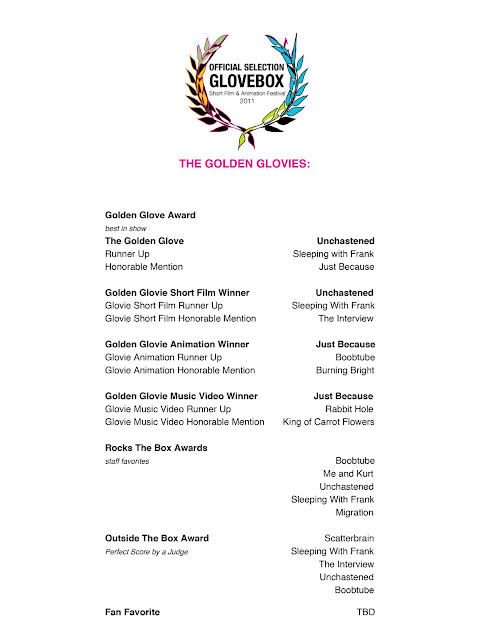 "When I dance I have the feeling that there is a ball of energy that is travelling through my body.  It has a personality of its own and I'm following it, giving it paths along which to move.  I can direct the energy, where it goes, and what the nature of the healing is."  - Catherine Musinsky 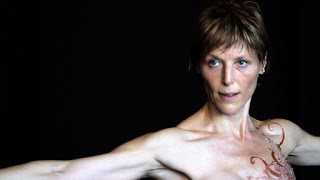 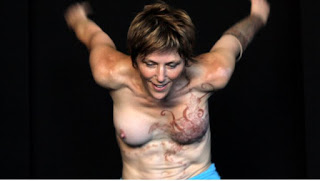 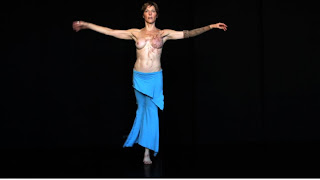 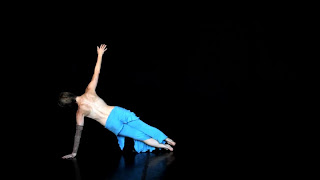 This weekend has been pretty FUN.  Craig Rubino and myself are putting together the festival films and doing some silly filming of our own.  I also had a chance to put the finishing touches on some of our awards:  The Golden Glovie- best in show, Glovie Winners- winners in each category, and Outside the Box Awards- perfect score by a judge.  See the action below! 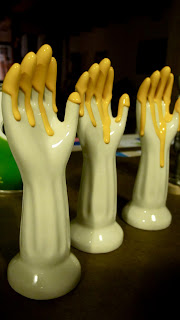 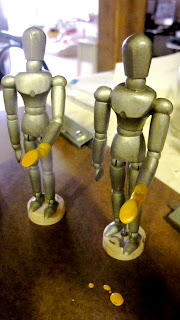 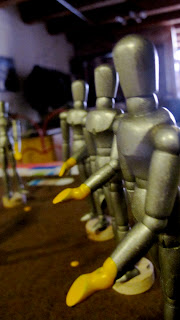 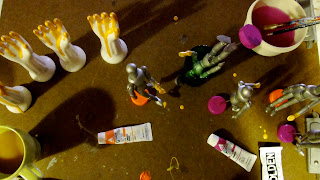 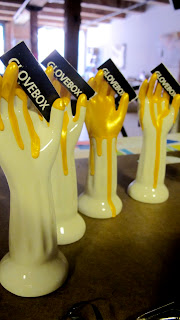 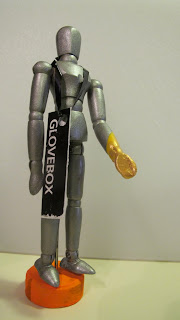 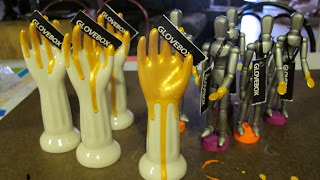 About the Artist: Megan Shaughnessy

Megan Shaughnessy is a still and moving image artist dealing with issues of identity and representation through self-portraiture.  Megan creates intimate glimpses of herself, becoming both subject and surveyor, and once placed on the wall she offers herself up to the gaze of others.  In doing so she creates an environment where the audience is forced to confront issues of her identity, asking themselves what is their role in the world in which she inhabits?
Megan was born in Morristown, New Jersey and received a BFA from the School of Visual Arts in NYC and an MA from the Norwich University College of the Arts in the United Kingdom.  She has exhibited in both the US and UK and during her time in England she worked for a region film archive and lectured on contemporary photographic and collaborative art techniques at NUCA from 2006-2009.  In addition to her own creative practice, Megan is also part of an artistic collaboration with British photographer Emma Shipton-Smith.  Megan moved to Boston in June 2010. 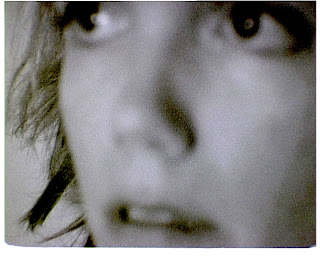 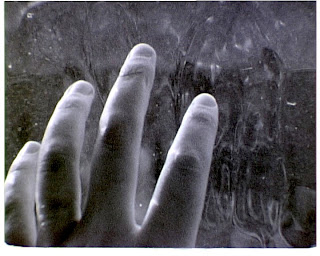 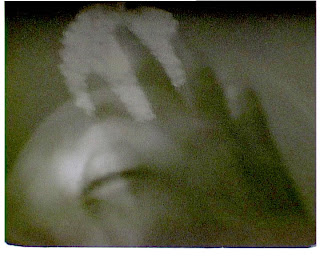 Posted by GLOVEBOX at 8:00 AM No comments: 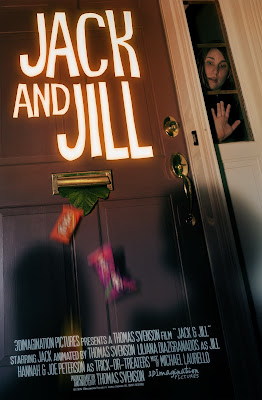 On the afternoon of October 31st as Jill is setting up her haunted house she realizes that she has almost forgotten the most important decoration... The Pumpkin! She sets off on a race to find the perfect last minute pumpkin before the Trick-or-Treaters arrive. Things seem to be going well until Jill finds out that her pumpkin Jack might not be as normal as the others seemed. Dim the lights and sit back as filmmaker Thomas Svenson takes you through “Jack & Jill’s” not so average –live action and animated –Halloween adventure.


Filmmaker Bio:Thomas Svenson is a filmmaker from Westford, Massachusetts with a great passion for creative storytelling. He earned a certificate in digital art / animation and a bachelors in multimedia and graphic design. While attending college, Thomas founded 3DImagination Pictures, a film and production company. He has worked on various projects for American Airlines, WSI, the City of Boston, and Perfect Form Therapy. Currently, Thomas is busy developing a script for a feature he’s producing, pursuing freelance work and donating his time and talents to a local non-profit, Design Museum Boston
Posted by GLOVEBOX at 7:56 AM No comments:

Douglas Urbank is an artist and experimental filmmaker.  He is co-host of a radio program “The Pinwheels of Your Mind,” devoted to experimental, improvisational, and other unconventional music and sound art, on Boston College’s WZBC, and a member of the Fort Point Arts Community and Fort Point Theatre Channel.  He has a BFA from Carnegie-Mellon University with a focus on sculpture and drawing.  And is an identical twin.
Both Migration and Mother are made from hand altered 16 mm and super 8 mm film.  Sound for both is by composer and experimental saxophonist, Jorrit Dijkstra (http://www.jorritdijkstra.com/).  The Migration soundtrack was improvised and recorded live during a presentation of the film as part of a Church of the Advent Library Concert Series program, February 2011. Both Films are Official Selections of the Glovebox Short Film and Animation Festival.
Still Frames from Film, Migration 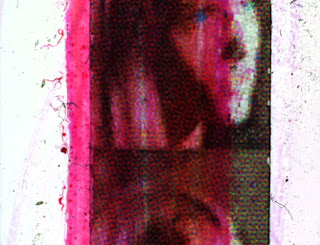 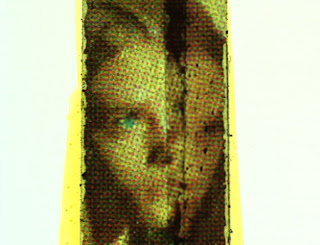 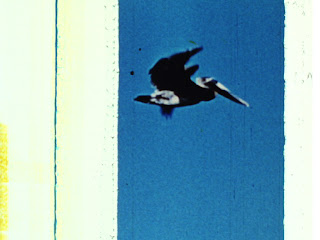 Posted by GLOVEBOX at 6:09 PM No comments:

Promote Your Page Too